EU citizens will face problems renting properties in the UK because of Brexit, private landlords have said.

The Residential Landlords Association (RLA) said the confusion over Brexit meant some landlords were likely to refuse EU citizens as future tenants because the government had failed to give them clear instructions over the settled status scheme introduced last week.

“They do not follow every twist and turn of Brexit and it is unreasonable to assume that they are going to be able to divine the details of the settled status scheme from statements made by Theresa May or government ministers,” said David Smith, the RLA’s policy director.

Under the right-to-rent rules introduced three years ago, landlords face fines of up to £5,000 per adult tenant if they are found to be renting out a property to an illegal immigrant.

This and Brexit was having a “chilling effect” on the rental market, the RLA said. Last month the RLA won a high court case brought against the government in conjunction with the Joint Council for the Welfare of Immigrants (JCWI) and Liberty. A judge ruled that the right-to-rent rules in sections 20-37 of the Immigration Act 2014 were racially discriminatory. 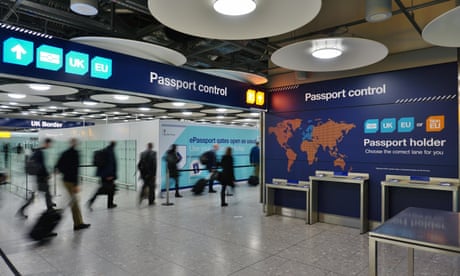 The RLA is now calling on the government to publish clear guidelines on the right-to-rent rules for landlords. “Technically EU citizens have the right to rent, but some landlords will not be aware of the law. Some may not even know what countries are in the European Union,” said Smith.

EU citizens have the right to remain in the country but are being asked to apply for settled status by December 2020 in the event of the UK crashing out of the EU, or by June 2021 if there is a deal.

The RLA is concerned that the settled status system will prove discriminatory in practice in the same way as the high court judge concluded last month. The high court found that by requiring landlords to check the immigration status of prospective tenants, the government caused landlords to discriminate against those who had a right to rent.

JCWI told the court that 51% of landlords it surveyed stated they were now less likely to consider letting to foreign nationals from outside the EU, and almost a fifth(18%) were less likely to rent to EU nationals.

The RLA is also concerned about the Home Office’s decision not to issue cards for EU citizens to present to landlords as evidence of their right to live in the country.

Instead, landlords must go to a Home Office website to verify the settled status number issued to EU citizens – something the RLA says is another barrier put in by the government for EU renters.

The Home Office said it would be meeting landlords representatives this month and that further guidance would be published shortly.

“There is no change to the checks landlords are required to carry out when renting to EU citizens until the end of any transition period and they are not required to distinguish between EU citizens who were resident before exit and post-exit arrivals, nor conduct retrospective checks on anyone they have rented a property to,” it said in a statement.

The tenant fees ban Most fees charged by landlords and agents are...

8 things you need to know about the new Rent Smart Wales...

First-time buyers could be ...

First-time buyers could be paying a premium of up to 22% if...

There were warnings that this month’s ban on rip-off tenant fees would...